Community Solar (CS) allows anyone to benefit from solar regardless of home ownership. CS installations are large solar energy systems on a host site where the community is invited to subscribe to shares of the solar power in return for credits on their electric bill. The host receives fiscal rewards and can choose from many levels of participation. (see Use Cases)

Urban areas like NYC, which have a large population of renters, are particularly well suited for CS projects, however, CS and CS+Storage projects have stalled at the doorstep of many cities. Host site owners, particularly those with large rooftops, have been slow to commit to installing CS due to competing rooftop usage and programs, limited knowledge about incentives, lack of economic data, and a complicated implementation process. With support from the Solar Energy Innovation Network (SEIN) Sustainable CUNY's Smart DG Hub partnered with a team of Subject Matter Experts (SMEs) from highly respected organizations, including Con Edison, the New York Power Authority (NYPA), the Electric Power Research Institute (EPRI), Underwriters Laboratories (UL), and the Real Estate Board of New York (REBNY) to analyze the CS and CS+S markets and develop resources.

Resources for NYC and Beyond

This work was authored by Sustainable CUNY under Subcontract No2020-10343 as part of the Solar Energy Innovation Network, a collaborative research effort administered by the National Renewable Energy Laboratory under Contract No. DE-AC36-08GO28308 funded by the U.S. Department of Energy’s (DOE) Office of Energy Efficiency and Renewable Energy Solar Energy Technologies Office. The views expressed herein do not necessarily represent the views of Alliance for Sustainable Energy, LLC, the DOE, or the U.S. Government.

The Smart DG Hub Evaluating Distributed Generation Economics (EDGE) tool was developed in order to help building owners make an informed decision on investing in Community Solar (CS). After following the four simple steps described on the instruction tab of the excel tool or in this EDGE Instructions pdf, the modeling dashboard will show the potential returns on an investment in a CS system in New York City for building owners, site hosts or anchor subscribers.

Clicking on the below image will download the excel EDGE tool.

The outputs shown in the EDGE tool were modeled using Elevate's Community Solar Pro-Forma Tool. Users with access to site-specific input data (e.g., building load or PV system size and costs) can generate more accurate economic estimates using that tool, rather than using the pre-programmed samples from the EDGE tool. 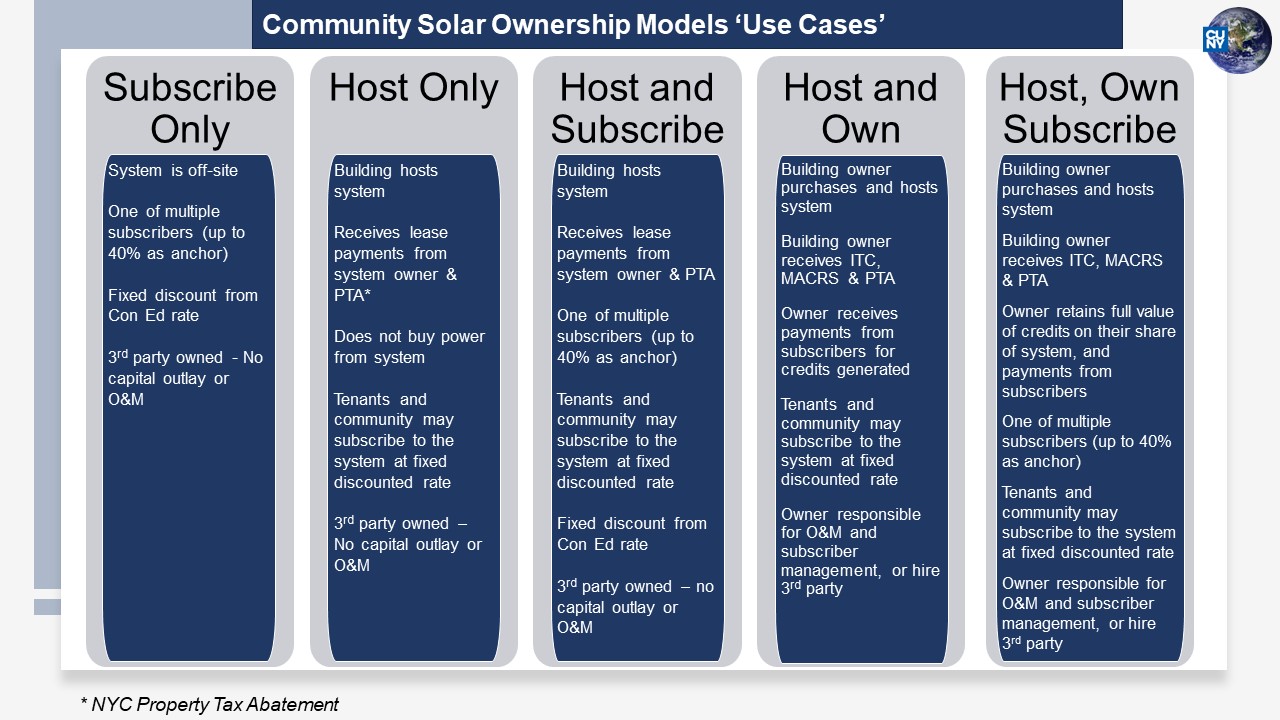