Radial grids traditionally have a single high voltage cable, often referred to as a feeder, sending energy from the substation to numerous distribution transformers tapped at various points along its length. The distribution transformers step the voltage down from high voltage (primary) to low voltage (secondary) electricity and typically serve anywhere from 1-16 customers each. Cables and transformers on radial grids are often above ground as seen predominantly in areas like Staten Island or Westchester.

Con Edison uses a reliable type of radial grid called an “auto-loop.” An auto-loop typically has two feeders, two additional backup feeders, and automatic switches at various points along the feeder run. This means that a problem on the feeder affecting one point on the auto-loop can be isolated quickly, minimizing the number of customers affected by a problem on their radial.

Network grids have multiple primary feeders feeding several network transformers tied together in parallel on the secondary side to feed energy into a low voltage grid (area network type) or local building bus (spot network) where the consumer is connected. Thousands of low voltage customers are served off the low voltage grid of an area network. Cables and transformers on network grids are typically below ground and are used in densely populated areas. Network grids are used extensively throughout Manhattan, Brooklyn, Queens and the Bronx, with a few small network grid areas in Staten Island and Westchester.

Spot networks are a special class of network grids where one or multiple transformers are dedicated to one, large energy consuming building like a skyscraper. A spot network is essentially a small network grid that is implemented for a single large user.

The considerations for implementing large PV systems on network grids and spot networks are different than for radial grids. For example, if one of the primary feeders supplying a portion of the network grid’s transformers were to experience an outage, the parallel connected secondary grid will try to provide power into the dead feeder. As such, these transformers are designed with an automatic switch, known as a network protector, which will open when energy feeds back from the low voltage bus toward the high-voltage feeder outage. This is the same condition as when a large PV system provides more power into the area network grid or spot network than there is load to serve. While Con Edison’s dense network grid system typically has enough load to “soak up” exported power the electric system can be adversely affected by back-feed of power. 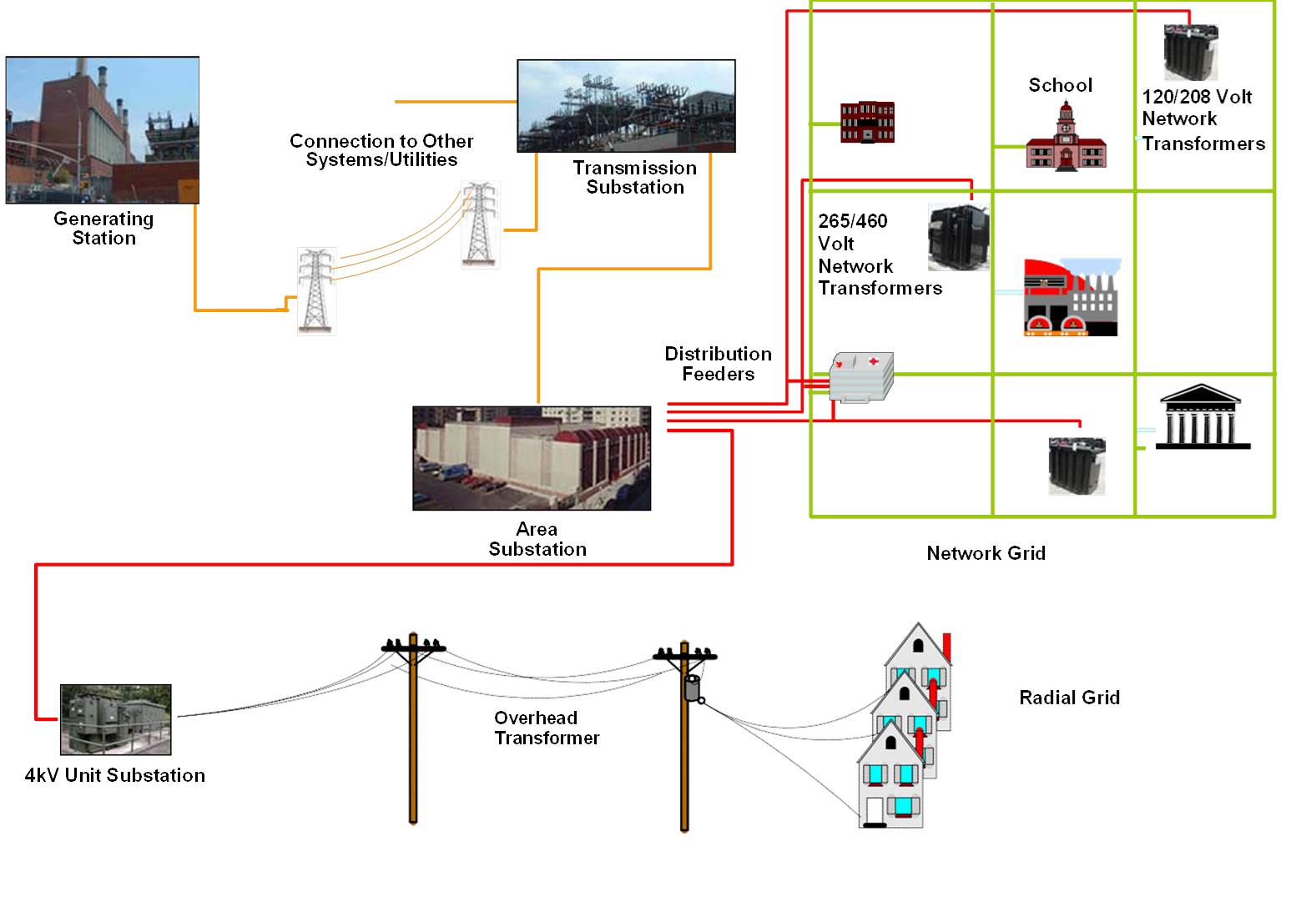 Taking the following steps can help speed up your application review:

Customer requested outages (to de-energize the service to connect PV system equipment to the existing switchgear, for example) and any inspections required by Con Edison will be provided at no cost to the customer during normal business hours (Monday – Friday, 7:00am – 3:00pm excluding holidays). However, it is important to note that the cost of any portion of a customer requested outage that is completed outside normal business hours will be the responsibility of the customer and will include applicable overtime rates. Con Edison Solar Guide